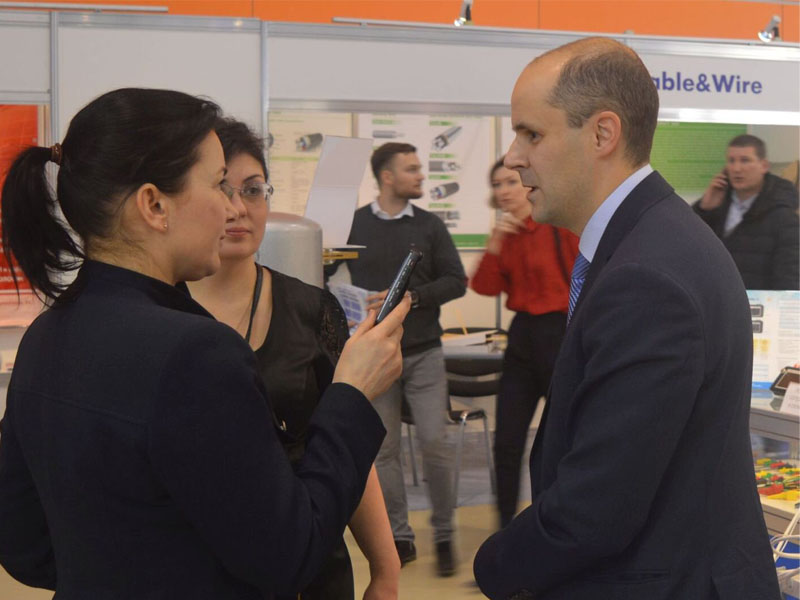 Exhibition “Electric networks of Russia” celebrated its 20th anniversary this year. For many years the exhibition has been maintaining its high status, extending the area of the field questions being discussed and gathering leading professionals of the industry. During the event, state of the art equipment and technologies are demonstrated and uniform technological policy is formed.

Company Chelenergopribor has become a frequent participant of the event in recent years. This year we demonstrated several innovations, which after development got into production. New devices solve the problem of measuring low resistance in the electrical networks and electric substations. For instance, Micromilliohmmeter IKS-1A, now available in «Energetic» kit, is most suitable for mobile teams, servicing electric networks of 6/10 kV. Besides, we developed a new microhmmeter IKS-200A, which makes it possible to measure the resistance of high-voltage power circuit-breaker and other appliances with the current of up to 200 A and milliohmmeter TROM-1, which enables the user to measure transformer winding resistance, including that of high power. These are our innovations of 2017, which we can really be proud of.

The perspectives of digital electronic measuring transformers application have been discussed repeatedly at the exhibition. Since the implementation of digital electric substations is urgent and inevitable (it is just a matter of time), we continue developing digital current and voltage transformer TRATON-110. After successfully passing high voltage testes, this transformer is being prepared for registration in State Register of Measuring Instruments. Then we plan to attest the transformer in the test center of Rosseti and start delivering it to the power engineering facilities. Many visitors and participants of the exhibition took interest in this project and expressed readiness to conduct the transformer experimental operation.

Besides, as part of the exhibition, we gave an interview to the reporter of the newspaper “Power and Industry of Russia”, which we are always ready to cooperate with.

Summarizing the results, more than 70 organizations, including generating companies, manufactures of power-generating equipment as well as different departments of power grid enterprises, visited our exhibition stand. We introduced our devices to the participants and each of them could test the devices we produce in operation and ask questions. Our specialists are always ready to answer your questions and give necessary recommendations. See you here next year!